So this is mainly directed at anyone in the Roborock software engineering department that cares for a little constructive feedback. I was a Roborock S7+ and Auto Empty Bin early adopter for both products, without a doubt the construction of both is the highest quality and I have been nothing but completely happy with both products up to the this point. However over the past 5-ish months, the firmware updates have really deteriorated my experience. The robot is consistently having navigation issues, finding areas of the home that just don’t exist, and at times now just gets lost and I have to pick it up as it sadly wanders around my home. I've done a re-map twice already at this point. None of these issues existed on the earlier version of the firmware. So I’m going to up front what I think the issue is, I really believe the firmware and cleaning algorithms have just been way over engineered. As an Electrical Engineer who does design work as well as Systems Engineer who is a manager, I understand the impulse to iterate on your product to fully envelope all your edge cases and to provide a product that provides 99.9999% coverage for your customer. At some point you reach a point of diminishing return and in this instance, I would argue provide a WORSE customer experience. The robot vacuum should provide a 95% cleaning solution for your customers, it will never fit into those odd little corners or get the dirt out of every crevice, and while I appreciate the engineering team trying, its really throwing my robot for a loop. In evidence of this, the first picture I uploaded was a custom zone cleanup, in the past I’ve done this exact zone before and the robot has done great, done in less than 10 minutes with minimal battery usage. However consistently now when we specify this cleaning zone, the robot obsesses over getting into the corner where my TV stand connects with the wall. In the picture you can see the robot going all the way around my house 2-3 time trying to get itself into that corner. It also obsesses over the chair in the northern part of the image, trying many many times to get all the way around the legs. This tiny zone cleaning took 20min to complete and used 16% of the battery, that is a huge change from earlier version of the firmware. In the second picture I uploaded, I had specified a room cleanup for the area I have specified as the “dining room,” the robot just left the cleaning area inexplicably and just stopped, had to pick it up and drop it back at the base station. So anyways, I’ll wrap this up, on the one hand I completely respect the Roborock engineering teams commitment to continuing to hone and develop their firmware/algorithms. But just asking you, take a step back, and make sure the positive changes you are trying to make are not having unintended negative impacts on your customers experience. 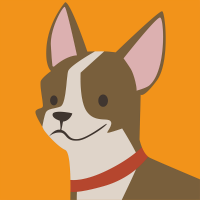