I noticed my S5 max really uses a considerable amount of power doing "nothing". In 12 hours it will go from fully charged to ~60%. Thats an astonishing amount of power just to keep the wifi on? I can almost clean my entire house with that same charge, and I have wifi devices that run off a coin cell for months.

I believe it will turn itself off or go in to a deep sleep after a day or so, but thats not helpful when you use it almost every day, as it never goes in to any deep sleep state.

Some background; I dont like li-on batteries being kept at 100% (it degrades the batteries and increases the risk of fires) and I dont like wasting electricity so I put the dock in a smart socket that I control with a home automation platform. My idea was to turn off the dock whenever the battery reached >80%, and turn on the dock whenever the battery dropped below 60% or when a cleaning job is upcoming within an hour, or when it is cleaning -so it can always find the dock.

While this works fine, I was shocked at how often it kept turning the dock on and off, so I thought it might be that my turning on/off of the dock interfered with sleep modes. But that doesnt seem to explain it, as I fully charged it, then turned off the dock, and 12 hours later, almost half the charge is gone.

A back of the envelope balll park estimate (based on 5200mAH, 16.4V nomimal charge battery ) tells me it draws somewhere around 3W. That isnt going to ruin me financially, but its more than my raspberry Pi under max load and millions of such vacs, thats a lot of wasted electricity. Roborock, surely you can do better ? Are you still powering the laser, or what is draining the battery so quickly? If this cant be solved fundamentally, can we get some control over sleep mode ? Like how long it takes to enter it, and ideally, I would be able to instruct it to go off / sleep mode (via the API), and if it cant be woken via wifi, wake it up by turning on the charger again. 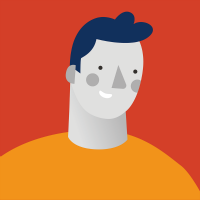