Hi, I've had my S5 Max for a little over a month, and it works great with the vacuum mode; it will go through the whole house in an efficient and logical pattern, it will pick up debris as I would expect, and in general is everything I wanted it to be and do. However, as soon as I attach the mop, which was a major reason I got the S5 Max, it loses its mind. Below is what happens when I attach the mop:

2.) The robot just circles around the same area, acting like there is an object there, until it eventually says there is an obstruction. If I continue to hit clean on the app to make it keep going, eventually it may move to a new area to clean but more often than not it keeps freaking out in the same area.

3.) When I send it back to the dock, it makes its way there eventually but cannot get back onto the dock on its own. I have to remove the water tank before it will actually move forward enough to begin charging again.

To give more details about my specific home situation, the majority of the house is vinyl plank hard flooring which is where the dock is. The floors are level and there are no obstacles anywhere near the areas it has issues with. To me, it seems like the water tank is hanging too far down on the back side of the robot to where it cannot handle any sort of incline with would affect getting on and off the dock, though I can't think of a reason why it would freak out over a flat hard floor. Again, none of this is an issue if I simply remove the mop attachment and let it go vacuum only, but I really want the mop part to work as well. I've installed the latest firmware as well, and I already sent an email to support but it's been about 2 weeks and I haven't heard anything back. 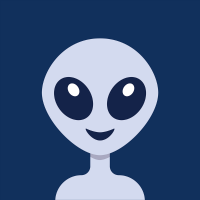