So, I got a Roborock S6 MaxV, and I'm very happy with it. It works as intended, and does a good job. So on the hardware side, I don't have any real suggestions for improvement.

But I have a few on the software/app side:

Tell me what you guys think? Any of these features you would like to see, and if yes, do you have any extra suggestions to any of them, to make them even better? :)

Hope that the Roborock Developers would consider some of them, or maybe say if some of them are already on your roadmap for upcoming features? 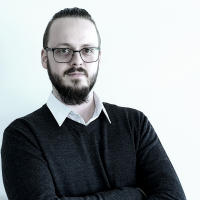